The exact origin of Hereford cattle is unclear, but many agree that this breed descends from a mixture of Roman Britain red cattle and a Welsh breed once found on the border of Wales and England. What is known is that Hereford cattle have been documented in the county of Herefordshire as far back as the 1700s. Indeed, Herefords were the first English cattle to be recognised as a true breed.

Benjamin Tomkins is the man credited with founding the breed. He set out to produce animals that were hardy, matured early and had an aptitude to grow from grass and grain. The combination of high beef yield and efficiency of production are characteristics that remain today. Only the stature of the breed has changed significantly in the past 200 plus years. Hereford cattle today are far smaller than the 1400 kilo animals of yesteryear.

Hereford cattle can withstand the toughest of climates. Today, the breed can be found as far afield as the arctic snows of Finland, in the heat of Southern Africa and in sub-tropical South America. Over 5 million pedigree Hereford cattle are thriving in over 50 countries.

Hereford cattle are dark red to red-yellow in colour and have a white face. Most have short, thick horns (there is also a polled strain of Hereford in the UK and North America).

Females weigh around 540 kilos, mature males can weigh over 800 kilos. They are muscular animals, well developed in regions that provide valuable cuts; the back, hind quarters and loin. The breed is renowned for producing naturally marbled beef which is succulent and full of flavour.

Hereford cattle are also renowned for their foraging ability, longevity and good temperament. Herefords are prolific breeders. Hereford cows calve easily and often produce calves beyond 15 years of age. Bulls can remain profitable at stud to 12 years of age and beyond.

Given these traits, it’s easy to understand why the number of Hereford herds continues to expand in the UK and here in Ireland. 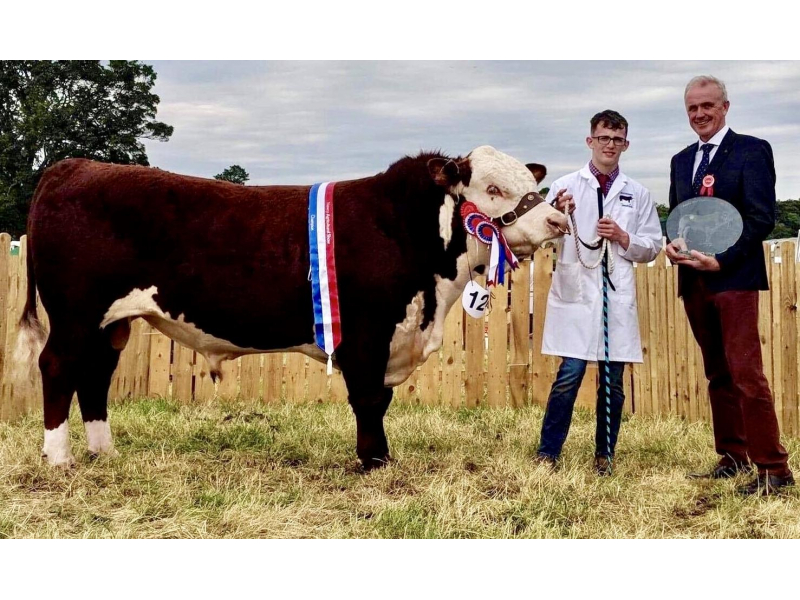