Holstein cattle are incredibly popular. Indeed, the Holstein breed is by far the number one breed in the world for milk production.

Milk yields of up to and over 14,000 litres in a year (in a duster that milks the cows 4 times per day) have been recorded. In one large farming system – the Almarai farms in Saudi Arabia – the 66,000 cows produce over 14,000 litres on average, per year.

Back in Europe the average is around 7,500 litres. This can vary from a 6,000 litre average on a low cost, spring calving, grass based, farming system on twice a day milking to 12,000 litres on a three times a day milking, highly intensive system.

The Holstein originated in Europe. The breed developed from black animals and white animals used by the Batavians and the Friesians (ancient Germanic tribes who lived along the Dutch Rhine Delta) around 2000 years ago. A breeding program focused on producing animals which would make the very best use of the area’s most abundant resource – grass. The end result is the highly efficient, milk-producing, black and white dairy cow we know today.

Cows typically weigh around 680 kilos. A healthy calf weighs around 40 kilos. Calf growth is rapid and they are easy to care for. Indeed, Holsteins are good-natured and easy to handle.

The Holstein also contributes to the worldwide meat supply. They are often cross-bred with beef breeds to produce a better quality meat. Little wonder then that Holstein cattle can now be found in most countries around the world. 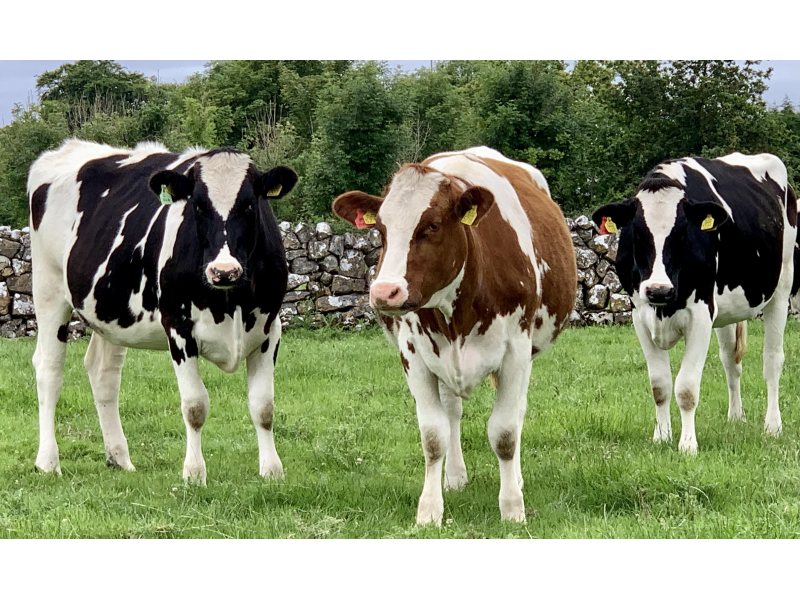