Salers cattle originate from the Massif Central in the Auvergne region of France. They are the most genetically pure of all European breeds and one of the oldest breeds in the world. Prehistoric cave paintings, discovered near the French medieval town of Salers, depict a very similar type of animal to the breed we know today.

Numerically, Salers are the largest of the ‘hardy breeds’ in France. Only around 10% of these are milked. Their high protein milk is used in the production of good quality cheeses such as Cantal, St. Nectaire and Salers. The vast majority of Salers cattle are used for beef production.

Salers cattle are typically horned and a dark red colour. (A growing number are polled and black.) As the breed originated in difficult conditions in France, it can thrive in challenging environments across the world. The coat becomes thick and curly in winter thereby providing protection from the elements.

Females weigh between 700 – 750 kg and are renowned for their exceptional calving ease. They also display outstanding fertility, milking ability and longevity. Conscientious and vigilant, females often care for other calves in the group. Calves are born with moderate birth weights. Typical weights are around 36kg for heifers and 38kg for bulls.

In short, Salers are long living, hardy animals. They are excellent foragers, provide easy calving and are ideally suited for crossbreeding programmes.

Little wonder that the breed can now be found in Africa, North America, Oceania and all across Europe. 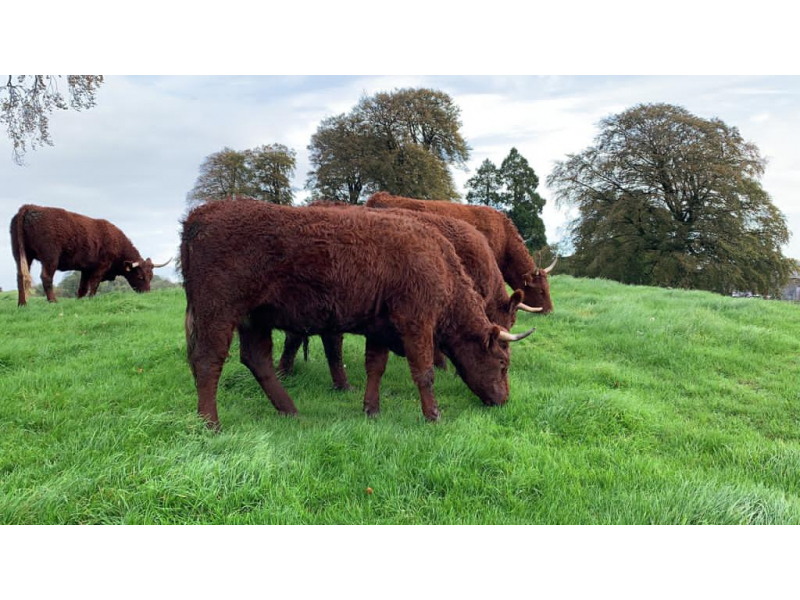