Limousin cattle originate from the Limousin and Marche regions of France. The breed has to be both sturdy and adaptable to thrive in the region’s fairly unfavourable conditions. Limousin cattle were originally used mainly as draft animals. Interest in their high quality meat started around 200 years ago.

In the 1960s, Limousin cattle began being exported in large numbers. In the early 1970s, a small number of bulls and heifers arrived in Scotland. By the mid 1980s, the Limousin took over from the Hereford as the country’s number 1 artificial insemination breed. And by the end of the millennium figures from the British Cattle Movement Service confirmed that the Limousin was the largest numerical beef breed in the United Kingdom.

Today, the breed can be found all over America, Continental and Eastern Europe, South Africa and South America. The beef is well-regarded. It exhibits good marbling quality (making for great tenderness) and is very low in saturated fats.

Limousin cattle are golden-red in colour with paler sections around the eyes and muzzle. They are naturally horned but international breeders have now bred polled and black Limousins.

Females weigh around 700 kilos. Mature males around 1,100 kilos. The breed is renowned for its efficiency in converting feed to weight at a good rate. Their carcasses have up to 80% meat yields and the ratio of good beef to waste products is excellent.  In France, Limousin cattle are still referred to as the ‘butcher’s animal’.

Limousin cows calve easily as birth weights are low. The breed has an excellent immune system. Due to their ability to contribute hybrid vigour, Limousins are favoured for crossbreeding with cattle such as Hereford and Angus.

With these qualities it is easy to understand why the Rotbunt is found in many European countries and further afield in North America, Australia and New Zealand. 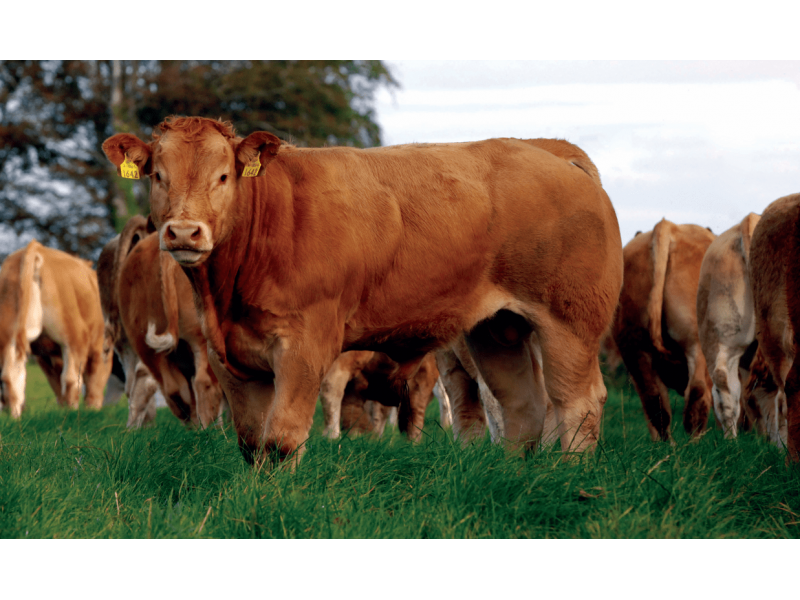